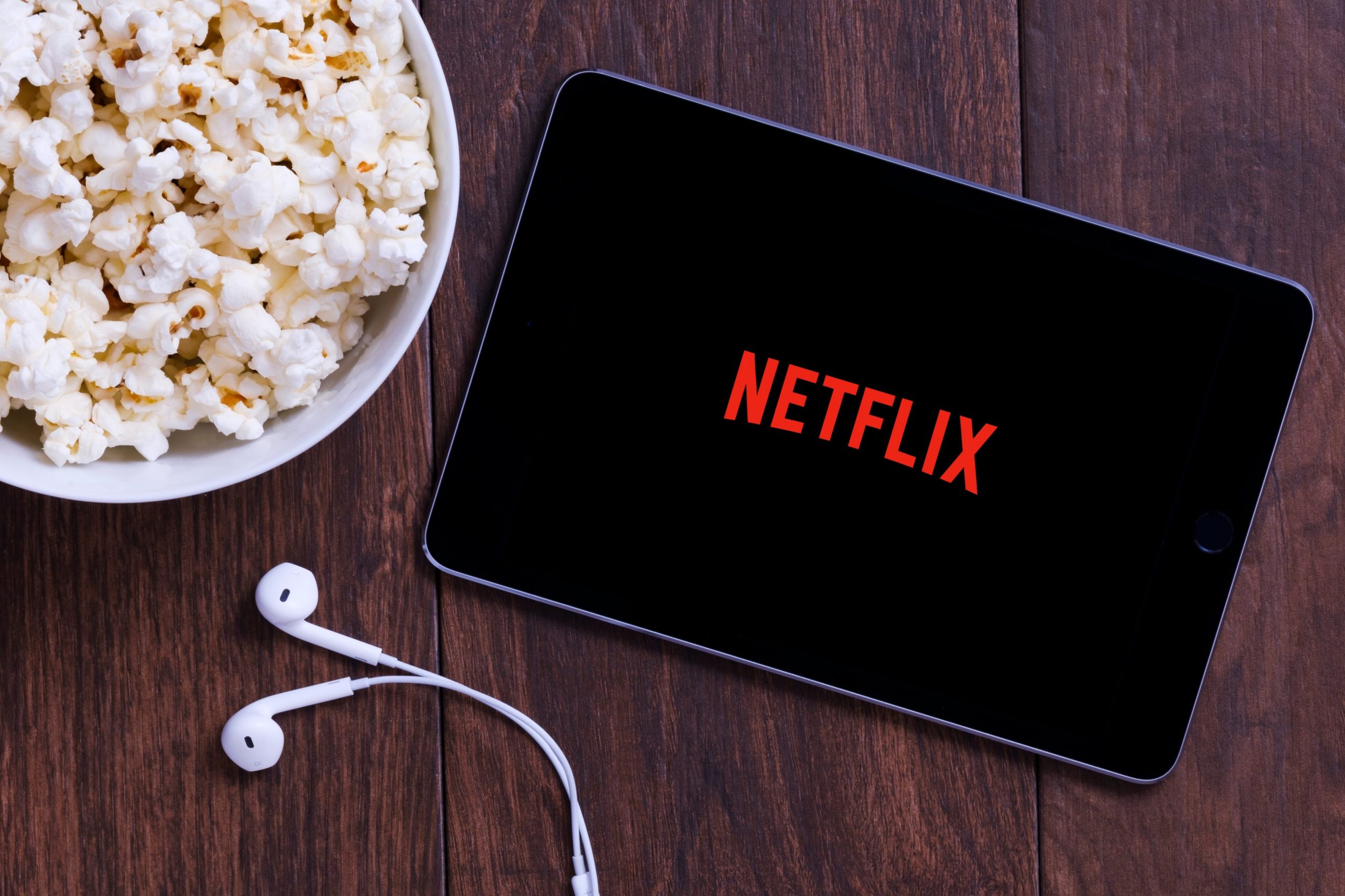 Spring is the first season of the year, and it is usually a time when students are on spring break, and spring cleaning is in full effect.

This Spring is the perfect opportunity for you to get caught up on some Netflix Binge-watching.

( although, for most of us who indulge in Netflix on a day-to-day/weekly basis that is a very occasional thing to do!) So take a break from the studying and cleaning!

I picked 3 top reality shows that people are raving about, and my personal favorites!

The Circle –  Out of all of the three shows, this was the first one I started watching. The show aired on January 2020, and it is Netflix’s U.S. version of the British reality show The Circle.

What The Circle is about:

This reality show is unique, fun and entertaining to watch, especially for those who are millennial’s and are into social media.

This is a competitive reality show where the contestants are isolated in rooms, and can only connect with each other through social media. In this case, they have screens throughout their rooms to message each other.

There is no physical or face-to-face contact with one another. The purpose of the competition is to become the top-influencer based on ratings in which players rate each other. The contestant with the most average score of likability are the ones who become influencers for a short amount of time in each episode.

Usually, it is two influencers at a time, and they get together in a private room to have a meeting (still no physical contact).

They discuss who they think among-st the players are genuine with an authentic personality or who comes off as fake or un-trustworthy. Once the two come to a decision, they ultimately seal the fate for the rest of the players.

In the end, the player who is the most popular or ‘influential’ is the winner of the show and comes out of this game with $100,000.

This reality Netflix show is worth binge-watching this spring, because it will intrigue you on how people perceive others on social media based on their photos and how they communicate through messaging.

Everyone can take something away from this show. It is a social experiment on how people connect through social media. Also, it shows how people can convince or present themselves to others without ever meeting them. It is a good show to watch with friends, family or by yourself!

My initial reaction to the description and preview of the series I was thinking, “This is probably some stupid show about entitled influencer’s or Instagram famous people…”

And for some reason I said to myself… ” Let me check this out”. At this point I didn’t grasp that it was a social media game competition. At the beginning of the show it had reviews from Oprah magazine raving about how obsessive the show is and I didn’t buy it. However, it was coming from Oprah’s team and I decided to see what the rave was about.

I clicked out of the show a few times, before committing to it fully.

I liked that this show presents a relatable way of how people connect in the 21st century especially with dating apps and social media.

Also, how people can make connections, and build trust and relationships with one another without ever having to meet. Which brings me to my next binge-worthy reality series of choice…

Love Is Blind- This was the second reality show I watched and it aired in February 2020. This series is like a better version of the Lifetime reality series, Married at first sight

What Love is Blind is about:

If you are into romance and dating shows then this is the show for you to watch! Love is blind is more than just your typical dating show filled with drama, fights and bad behavior (even though it does include that!)

The contestants in this show are here to find love and to find ‘the one’ they can marry and be with for the rest of their lives.

The insane part is they will date and communicate with one another without ever seeing each other, before they decide to get engaged. What happens is that each individual goes into a pod where they talk to the person on the other side of the wall.

Basically they are dating and talking through a wall. They can hear each others voices but they cant see what each other looks like.This reality show is a social experiment to test if love is truly blind. After the show aired the contestants had a reunion.

The individuals in the show were asked by the hosts if they believe love is blind and they all agreed, which was very interesting. Some people made it through the show happily married and others ended up apart.

This reality Netflix show is worth binge-watching this spring, because it will inspire you, and maybe even teach you something about love or yourself in love.

For me, I know I learned a lot about how people communicate. I also learned how us as humans can form deep connections and relationships with one another even without meeting in person.

This is a good show to sit in the living room, or in your bedroom by yourself or with a spouse to laugh, cry and enjoy each others company while watching other peoples love flourish or fall apart.

If you feel the need to bring a wedding dress out and some wine, go right ahead. The last episode that aired people on social media were saying how they were wearing their wedding dresses in honor of the show.

I normally don’t watch dating reality shows, but this one caught my attention. The Circle and this series reminds me of each other when it comes to meeting and connecting with people via technology or through a freakin wall! (Haha)

Their connection from the start seemed genuine and sincere. Getting to know all the characters, their personalities and how they love was very interesting and insightful. Everyone is different when becoming vulnerable and their journey and process to finding their match!

I believe in true love and love at first sight. I think everyone has their own way of falling in love, whether it is traditional or non-traditional.

Selling Sunset- Last but not least, this show was the last reality show I had watched throughout my Netflix binge-watching spree. This series premiered March 2019.

What Selling Sunset is about:

I would say this show is for people who are into real-estate or love looking at houses. Even just interested in general about what it takes to be a real-estate agent.

This Netflix series is about a group of elite real estate brokers who work for the Oppenheim group in L.A. and they sell luxury properties to affluent buyers.

This series shows the realities of what the hard-working women in this field go through to show their clients homes, and working out deals and negotiations to sell a house. It presents different aspects of the real-estate business from staging, meeting with the client, to mistakes, and successes.

Since this is a reality show there is unnecessary drama, fights and tensions. With a show that has mainly women working together you can expect to hear and see a lot of gossiping and drama that plays out throughout the show.

This reality Netflix show is worth binge-watching this spring, because it has been out around the same time I am writing this post, so around spring season.

I think this Netflix series would target a specific audience of people who are into homes, real-estate, or maybe just reality shows in general if that’s your thing!

What got me into this show was the fact that my mom is a real-estate agent, and I love beautiful homes! And I really just wanted to know what it was like for people in this career field.

If there is another season, I think I would watch it again only because the ending of the 1st season wanted me to see what is going to happen next! Hopefully we will see a 2nd season this year!

These were my picks for the 3 Binge-worthy Netflix Reality Shows to Watch This Spring!

Which show are you most interested in watching?! Let me know in the comments! Happy Spring.

The Circle and Love is Blind are so great and hilarious! I haven’t watched Selling Sunset one, but that is next on my list. Thanks for sharing!

Yes! I agree. Selling Sunset is also worth watching. I hope you like it! Thank you for reading.

Get to know me! 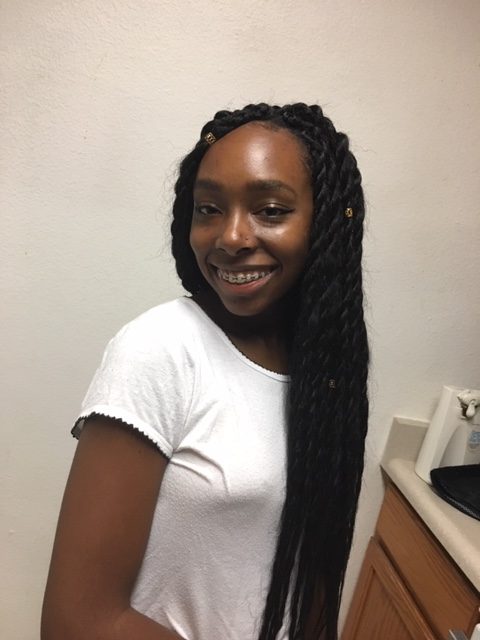 My name is Katryna Pona, I am a 20-year old something and this is a lifestyle blog which serves as a resource for lifestyle design, inspiration, personal development, manifestation, and health and wellness topics! Here, you can find encouraging and enlightening content to guide you in becoming the best version of yourself and manifesting your dream life.

In my era of self- reflection, goal setting and be

UGC video product example I did for @helloproducts

I believe you can manifest anything your heart des

Spend a day with me 🧚🏾‍♀️ (summer vibe

If anyone who lives in Colorado… in the Springs,

My very FIRST favorite resin pieces as a beginner!